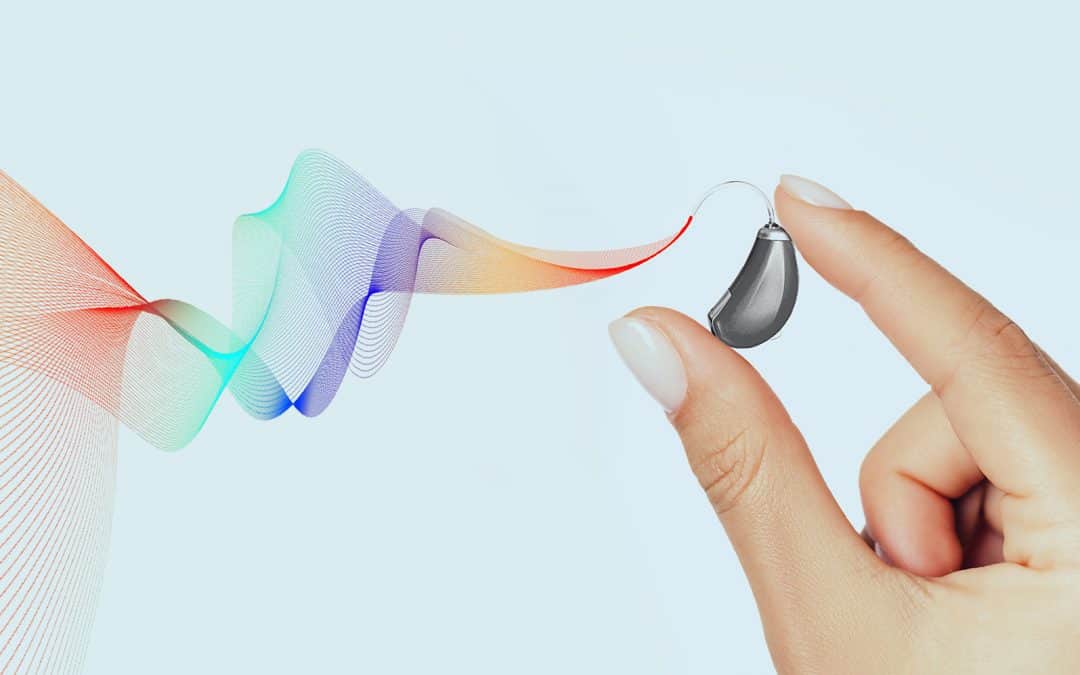 Today’s hearing aids are not like they used to be. The early models were big, heavy, cumbersome, and uncomfortable. Because of this, they weren’t very suitable as a device that could easily be worn all day. They were also quite expensive. Thankfully, that’s all changed with the advanced developments and designs of hearing aids today. Now, they’re not only accessible and affordable, but they’re also comfortable and much more inconspicuous. To learn more about hearing aids and how they came about, here are 10 surprising facts about the history of hearing aid technology.

The First Electric Hearing Aid Was Created in 1898

The very first assisted devices were designed to capture sound and transmit it to the ear. Some of the earliest ones were actually made out of hollowed animal horns in the early 13th century. It wasn’t until the 17th century that we started seeing more familiar devices such as ear trumpets (often seen in movies) come onto the scene. Then as technology evolved and people started to become more self-conscious, more discreet devices – like acoustic headbands that were concealed within the hair – started to emerge. Unfortunately, these devices had limited capabilities, and it wasn’t until 1898 – when the first electric hearing aid was constructed – that the technology started to improve.

The Batteries Were Large

Hearing aids also used to have massive batteries that only lasted for a couple of hours. Some batteries, such as those found in vacuum tube hearing aids, weighed up to 2.5 pounds and forced people to stash battery holders under their clothes or in pockets.

They Came With a Microphone

If you used hearing aids in the early 1900s, it’s likely that you had to hang the amplifier and batteries around your neck and hold a microphone to hear someone properly. The size of the microphone also depended on the extent of the patient’s hearing loss – the more profound the hearing loss, the larger the microphone.

During the 1900s, people tried everything to conceal their hearing disability from others. So during this time, you could find a whole number of interesting devices that were designed to hide the hearing device out of sight. For instance, an Amplivox purse camouflaged the battery pack and the microphone in a purse, and the person would hold the earpiece to their ear when someone talked toward the purse. Decorative pins were also used to conceal hearing aid microphones and were often worn on dresses.

Until the invention of the transistor, vacuum tubes had been the most recent technology used to amplify electrical signals. This new technology allowed hearing aids to be made smaller so that they could be worn. The first few designs came incorporated into eyeglasses or camouflaged in a radio which had better amplifying ability and battery power. It wasn’t until the late 1950s that smaller behind-the-ear (BTE) aids and in-the-ear (ITE) aids were developed that could be worn discretely.

Digital hearing aids actually didn’t become available until the 1980s. This was made possible by the introduction of digital signal processing chips. And although the technology was revolutionary, it came with a number of problems – one being that it was extremely heavy. The technology had generally stayed the same until 1996 when the first all-digital hearing aid was distributed.

Current Digital Hearing Aids Regulate Sound on Their Own

The latest hearing aids are all programmable. They can be fine-tuned by a professional and even customized to suit an individual’s hearing needs. They also can regulate the sound all on their own and can self-adjust depending on the surrounding environment. Today, with the help of artificial intelligence, the hearing aid can actually learn about your listening habits and adjust accordingly to help you hear better.

The hearing aids of today are practically invisible. They’re worn either in the ear (ITE), ‘invisible’ in the canal (IIC) or completely in the canal (CIC). Depending on your level of hearing loss, you may be eligible for one of these hidden models. For those with severe or profound hearing loss, BTE models are still the best option.

You can now use your Bluetooth-enabled devices with your hearing aids. This means you can stream your favourite tunes directly into your hearing aid from your laptop. Some models are also compatible with your smartphone so that you can adjust the volume and your settings right on your mobile device. There’s even an app that will write out what someone is saying so you can read it directly on your phone, called myCall-to-text app by Phonak.

Some hearing aids also have two microphones. These can be used by the hearing aid to process where the sounds are coming from so they can help you hear what you want to hear, and tone out background noise. The hearing aids can adjust to the direction of the sound automatically, and through a smartphone app, you can even control the direction yourself.

To learn more about the latest technology that we have to offer at ehearing.com, contact us to talk to a hearing care professional today!